Many organizations, authorities, activists and public figures have spoken on favor of a new constitution with gender parity, this being understood as the possibility of segregated quota between men and women. As always, in the more conservative political wing, this would be an aberration due to its historical privileges that have kept them in an elite social bubble, far away from the realities and violence that affect the majority of people living in Chile.

In the social movement, the idea is gaining strength with arguments such as that women are half of the population and the historical discrimination that they have suffered, which has kept them excluded from position of power throughout history.

However, the debate about the gender quotas in the 21st century is not as simple as it could have been before, where there was only a social and legal recognition of the binary gender or the idea that there are only men and women. Talking about gender parity or gender equality has been built from the academy, legislation and public policies as the idea of a state intervention to equalize the conditions of cisgender women to those of cisgender men and thus ensure the most equal access possible to power and rights in general. With the possibility that transgender people who are legally recognized within the male/female dichotomy, can access by annexation to that king of gender equality. But this debate remains being deeply binarist and omitting the existence of people of other genders, such as non-binary, fluid gender, cross-dressers and specific categories of peoples that have more than two genders (Hijras, Two-spirit, Muxes, among others.)

If we appeal to a gender equality really attached to the reality of the 21st century, it would be an inclusive equality of al the genders or, at least, with a debate that does not make a priori omission of identities that are outside the man/woman hegemony. I am very sorry if there are people to whom this idea may seem absurd or unnecessary in times of struggle for the recognition of women (cis and trans) as subjects of rights and appealing to completely necessary spokesmen for a new representative and effective constitution in favor of people’s rights. I do not think this is about a competition for getting on a train and who has more people on their team running on the line, wins. Quite the contrary, the idea of a competition for representativeness sounds completely anti-sorority to me and based on the widely criticized principles of the patriarchal and neoliberal system. 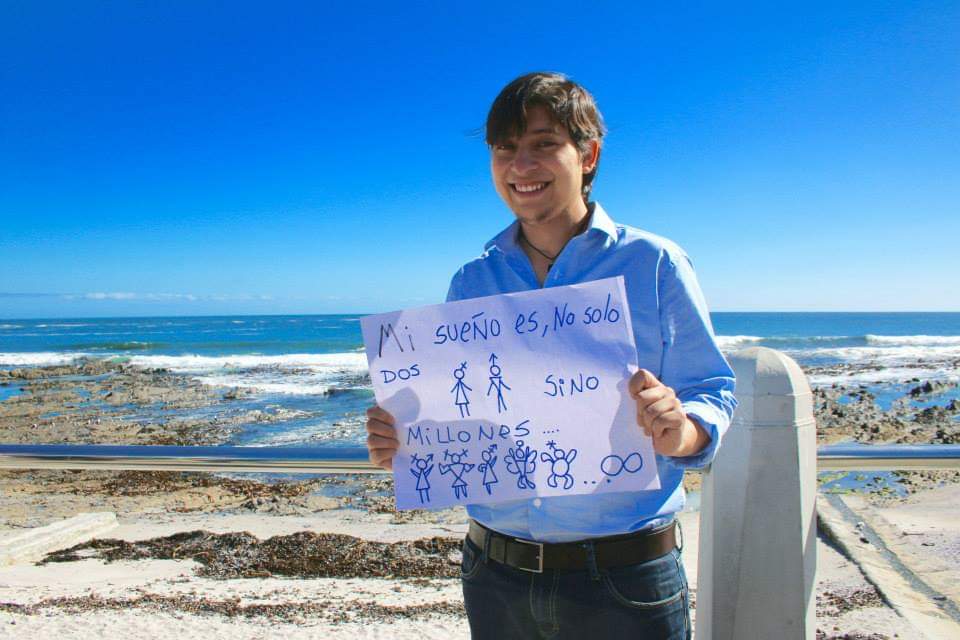 As a non-binary transgender person, I know that we are currently a minority in the Chilean society. We do not even exist in the state registers and the gender identity law purposely excluded us at the request of the parliamentary right-wing in exchange for adopting the law. Therefore, the representativeness that we can have before the state is practically nil. This invisibility would be less infamous if at least we had the recognition of other social movements, but that recognition is not in the debate either.

Social struggles on gender issues are always intersectional, although sometimes we cannot see it because the idea of gender that we have is still binary and based on appearances.

Social struggles on gender issues are always intersectional, although sometimes we cannot see it because the idea of gender that we have is still binary and based on appearances. I deeply wish that women achieve specific recognition in the new constitution and be their own spokespersons in matters that should be, as at the same time that non-binary people also have the right to that gender representativeness and other social movements to understand why and support us.

Cisgender: Person who identifies with the gender assigned at birth.

Transgender: Person that does not identify with the gender assigned at birth and makes a gender transition towards masculine (trans man), towards feminine (trans woman), or towards an identity neither feminine nor masculine (non-binary trans.)

Genderfluid: Person who does not identify with a single gender identity. Frequently it can transit between man, woman and non-binary.

Cross-dresser: Female identity that is not necessarily identified as a woman.

Muxe: In Mexico it refers to a person born with male genitals who assumes female roles in any of the social, sexual and/or personal aspects.

Hijra: In the culture of the Indian subcontinent, the term hijra defines people of a third gender.

Two-spirit: In villages of North America, it refers to people with two spirits that occupy a body. They have different social roles and genders in their tribes.

Public letter to the states of Chile and Venezuela, Fernando Ojeda migrant trans activist
On June 9th, 2020 since the covid-19 pandemic started, I went to work and as everybody else I got checked because the region where I live was under quarantine. I was carrying my documents and safe-conduct so everything should be fine. It should have been as any other check. But because I was a trans person and migrant it wasn’t. My ID Card, safe-conduct, passport and legal documents DO NOT IDENTIFY ME.
Civil Registry habilitates appointment request to change name and sex

OTD Chile participated in the in loco visit that the IACHR did in Chile
OTD Chile participated and organized the bloc of the LGTBIG+ community at the meeting that was held this Monday 27th January along with the Inter-American Commission on Human Rights (IACHR) in relation to the visit in loco carried out in Chile, so in this way they can expound the Human Rights violations against women and the sexual diversities and dissidences in the country.
Connect with us