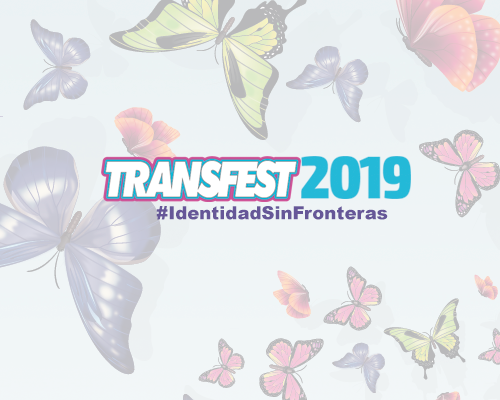 (Santiago, August 27, 2019) .- OTD Chile organizes every two years since 2015 the TRANFEST, a music festival dedicated to Trans people, where attendees in addition to enjoying music and art receive information about OTD services and objectives and the other invited institutions. This third version will be held at the emblematic Museum of Memory and Human Rights on Saturday, October 26 from 2:00 p.m. The event is sponsored by the Embassy of the Netherlands.

It should be noted that OTD Chile is a national association that works for the human rights and welfare of the trans community, through empowerment, community organization and political advocacy. TRANSFEST is part of #OctubreTrans, a month dedicated to various activities that seek to raise awareness and educate about trans depathologization and the human right to identity.

In the previous versions, great artists attended, such as Keko Yoma, Heather Kunts, Manuel García, Daniela Vega among others. This year, Camila Moreno, comedian Flor de Loto, Kamon Kamon Kamon, Florie Haiti and Priscila Vierling will perform. While in the animation we will have Jaime Coloma, Alexa Soto, Gabriel Castillo and Kris Córdova, among other attendees who align with human rights and are part of this festival. As there will always be activities for the little ones, where before they were storytellers like Tania Toledo and Felipe Marilao, this year there will be Lambe Lambe theater with the same theme of the festival. In addition to informative and recreational stands to learn more about Trans identities and the right to migrate.

In its first version of 2015, the motto #FestejaTuDerechoASer was used; which positioned itself as a trending topic on Twitter. In its second edition (2017) #ExistoYVivoTrans was used, and now the motto will be #IdentidadSinFronteras with the aim of defending the human right to migration, based on the Universal Declaration of Human Rights in its first Article where it states that “all human beings are born free and equal in dignity and rights and, endowed as they are with reason and conscience, they must behave fraternally with one another “; and complementing this in the same legal body in its article 13 which states that “every person has the right to move freely and to choose his residence in the territory of a State. Everyone has the right to leave any country, including his own, and to return to your country”. Therefore, this festival seeks to ensure that the Government in turn complies with the human rights treaties that the State of Chile has signed and ratified as a law of the Republic, instead of performing acts contrary to the spirit of integration and equal rights. that we have all for the simple fact of being people.

Michel Riquelme, trans non-binarie activist and Executive Coordinator of OTD Chile explains that “for us it is a great achievement to be able to carry out this third version of TRANSFEST and also a move towards a more intersectional vision of the human rights of our communities, focusing on the law to migrate from territory as well as gender. The process of achieving both rights has several similarities where, unfortunately, many times the State, represented by the Government of the day, often violates both rights. ”

In this third version, he will collaborate again as producer of the event, Williams Viveros, ally of OTD who emphasizes that “Every year is special and we want to celebrate this unique party in Chile where we initially celebrated the right to be and every time we are more ambitious so that this year we also want to emphasize that identities have no borders and there should be no laws that limit us to be who we are, on the contrary they should favor our freedom to exist.For the event musically speaking, we have always had great artist allies who work with us, from volunteers to consecrated musicians, so that spirit does not change, what if we are increasingly having better infrastructure and space this year in the Museum of Memory is incredible for what it represents for Chile and for what not to say, for Latin America. ”

OTD Chile extends the invitation to the entire community to participate in the TRANSFEST 2019, which is open to fight for a place where we can all belong, accepting our differences and loving ourselves just because we are who we are.