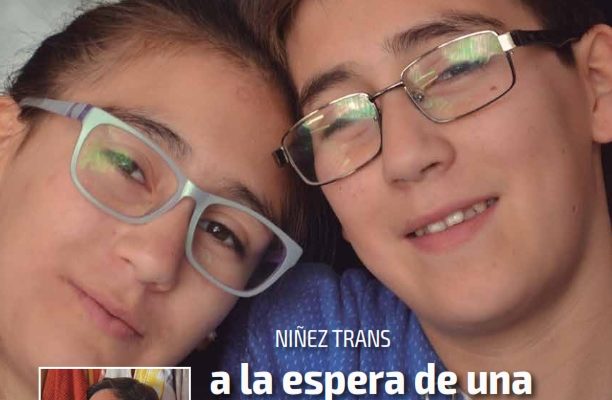 Organizing Trans Diversities (OTD) launches the fourth edition of the  Le Trans magazine, this time it was devoted to the subject of children and adolescences trans.

Four articles produced by the communication team and assistants of the organization talk about how it must be worked the acceptance of diversity of identities.  “Trans children: listen to you, supports to you and recognizes you”, it has the testimony of professionals that have accompanied the transit process or have help to the recognition of identity.

The magazine has a deep interview to the Jesuit priest, Felipe Berríos in Antofagasta. In addition to an article about how the T survey was created, is the first study on the situation of trans persons in Chile.

In the article “when the science deceives” the North-American anthropologist Baird Campbell writes about the partial scientific studies that has been quoted in order to validate the transphobic speeches and attack the legal progress for the recognition of the trans identities.

Also, the testimony that highlight is the one exposed by Daniela Vega’s father, Igor Vega, in the joint committee for the Gender Identity Law in the congress and also, an editorial of the president of OTD Chile, Franco Fuica, about the importance of recognizes the identity of children and adolescences on time.

The magazine shall be officially launch on August together with its web site and it will be formalized its distribution in the public libraries of the country.

First Council of Trans Masculinities (Report)
Trans masculine, trans men, FTM, and trans masculinities voluntarily and as a legitimate way of manifesting, gathered inside a safe and secure discussion space to answer questions that arised during the social awakening.
Connect with us