On the day against transphobia, homophobia and biphobia, the Municipality of Quilicura officially started the sale of hormone therapy drugs for trans people in the county.

The initiative arose after a coordinated work between the Sexual and Gender Diversity Office of the county and OrganizandoTrans Diversidades to achieve specific support actions for the trans population. In the future, lectures and awareness-raising trainings on trans identities will be held, as well as reviewing the possibility of specific trans-health care in the county’s clinics. 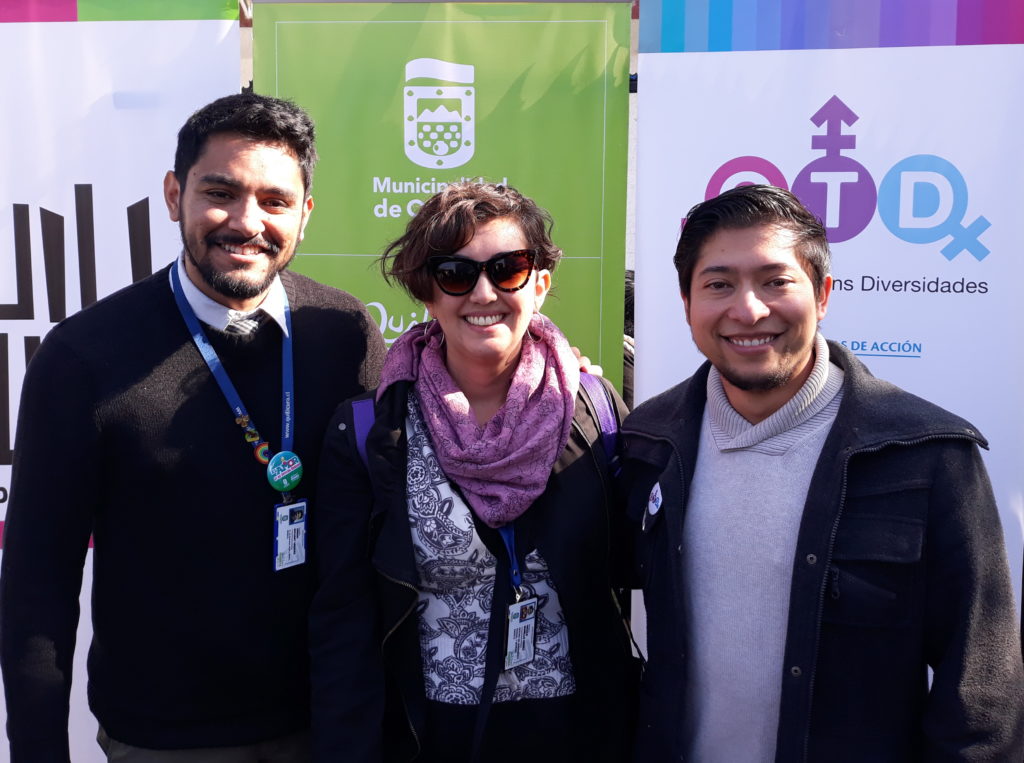 With the presence of the mayor, county authorities, officials and activists began the sale of drugs that will involve a saving of more than 200% in medicines used by some trans people.

For example, the drug triptorelin (Decapeptyl) that has a cost of more than 280 thousand Chilean pesos, in Farmacia Solidaria (pharmacy that sells products at a lower price) will cost 112 thousand Chilean pesos. Most of the average savings will be 50% less than in a pharmaceutical chain and to access the benefit residents must show the recipe.

The coordinator of OTD Chile, Michel Riquelme, called other pharmacies to take this into account. “We appreciate that counties include their transgender neighbors and can guarantee equal access to health. Many counties already have several of these medicines available for the cisgender population.” He also urged that the trans people of Quilicura county take advantage of the benefit.

“It is very significant that this launch is on the day against homophobia and transphobia because it reminds us that trans people are excluded and this can change if the authorities and society are aware that we exist and have the right to live on equal terms. We always have to deal with pathologization or the constant questions of our identity, and actions such as this reinforce that we do have the right to decide about our body,” they said. 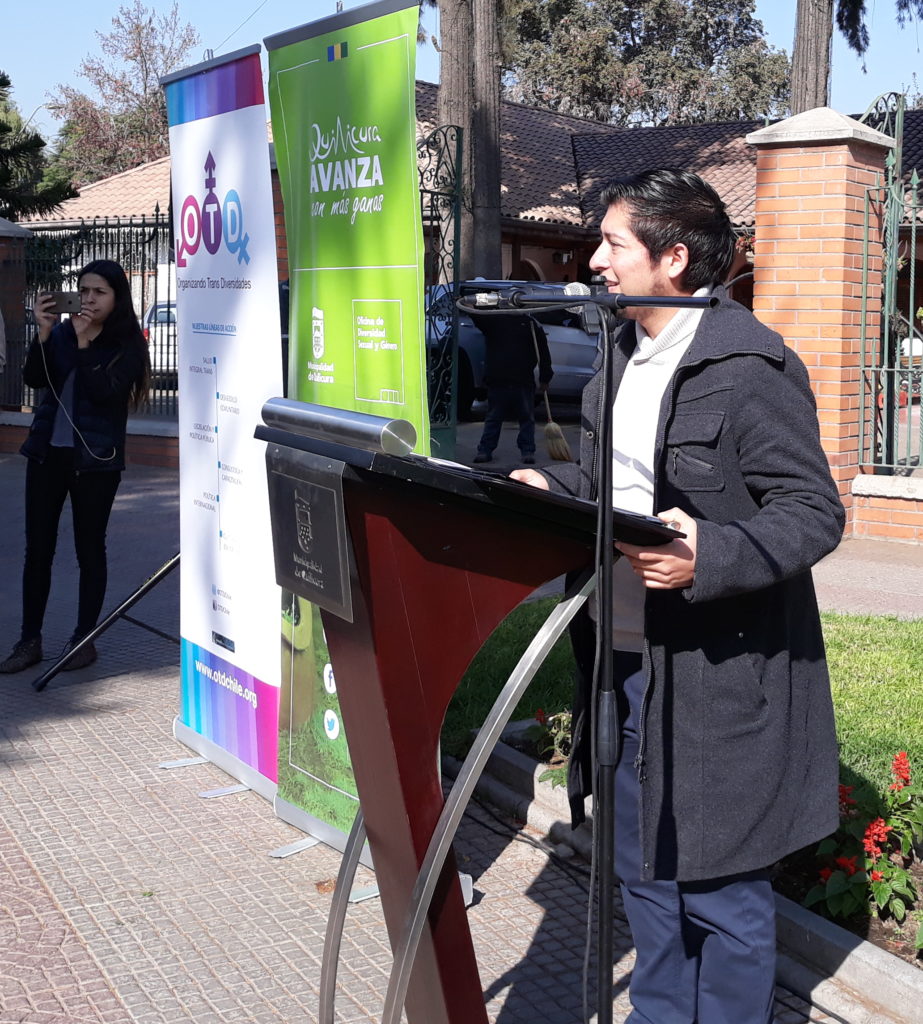 The coordinator also called the health officials to question their work. “This day is commemorated because the World Health Organization stopped considering homosexuality as a mental illness, but they continue pathologizing trans identities, we are still cataloged as mental illnesses. Until these diagnostic categories disappear, and doctors stop demanding psychiatric certificates of dysphoria before attending us, transphobia will continue. We hope health authorities do something about this.”

For his part, Mayor Juan Carrasco said that this launch aims to communicate to trans people that they have the possibility to register and that the pharmacy staff has been trained for good customer service.

The next work is to take responsibility of the precariousness in the health care of trans people, says Nicole Murrillo of the Diversity Office of the county, leaving aside the stigma of pathologization.

For the time being, by June two discussion groups are planned where OTD Chile will participate, one will be about trans identities and the other is aimed at companies interested in labor inclusion. 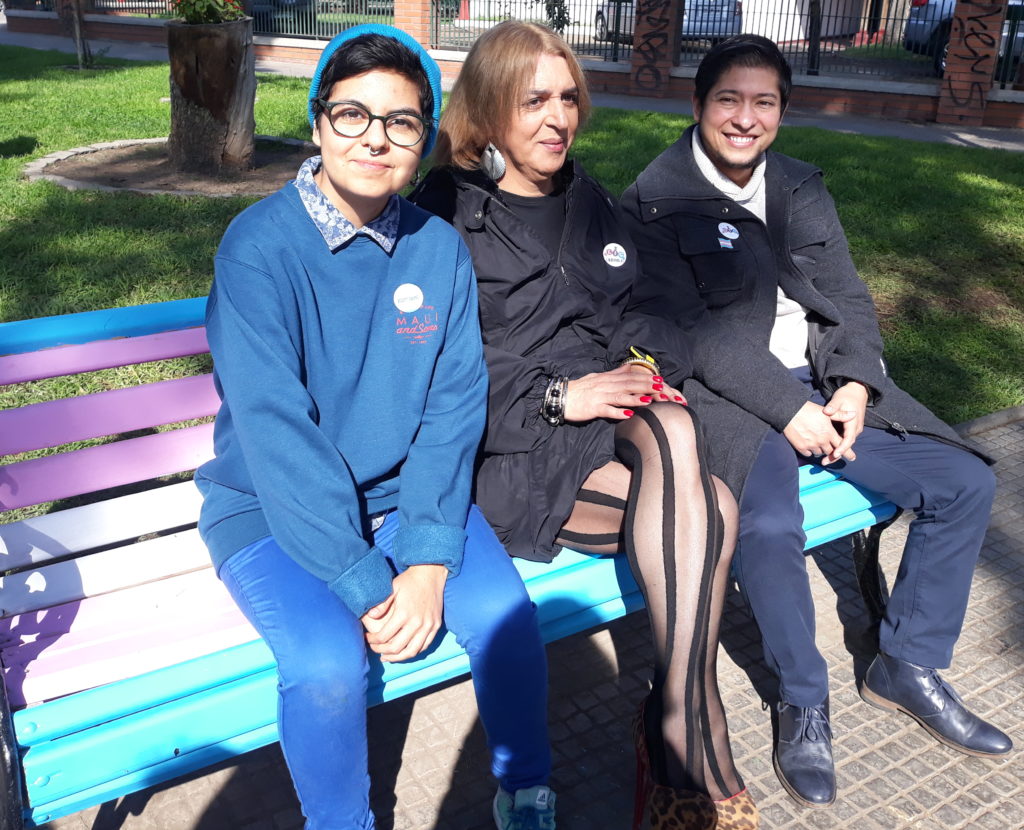