(Santiago, January 8, 2020) .- On November 3, 2019, as a result of the social awakening that occurred in Chile from the peaceful protests initiated by brave students in rejection of the increase in the passage rate in the Santiago Metro, that led the Presidency of the Republic to decree a State of Emergency, which brought to the excessive use of force by the authorities of the Armed Forces and Carabineros de Chile (Chilean police), resulting in numerous violations of human rights; torture, disappearances, sexual abuse and excessive use of force and resources. Us, the male trans, trans men, ftm and trans masculinities voluntarily and as a legitimate way to demonstrate have met, within a safe space and discussion in response to questions that this social awakening has generated. And that these responses be generated from our close realities as Trans * people and specifically those who have been “assigned feminine” at birth.

Within the development of this 1st Council, we tried to answer the general questions that have brought together the largest number of Councils and people within the region. Below, we will express our responses being aware that we are also part of a great demand for change and that the only way to achieve a real transformation of what today limits us as human beings, has to be with the support and fight of everyone.

We believe that the Constituent Assembly will facilitate and make feasible the participation of trans people, who can collect and make visible the demands of our community. We, the male trans people, believe that it is possible to exist within a new constitution if in this assembly we can have at least two trans people within our diversity, who can translate our existence into a new magna carta.

What is the origin of the current conflict?

Within our common reflections, we were able to identify that part of the origin is due to a general accumulation of abuse, which has generated cross-sectional social discontent. For 30 years in a rigid model called Neoliberalism, systems of abuse, consumerism, lack of humanity and a gigantic lack of empathy have been perpetuated, which in recent days has been marked by the political and economic classes, with the absence of concrete actions to stop and change the rigid structures that also, as trans people, have historically abused us.

It also starts from a constant stigmatization of the present social classes, the marked inequality and the ignorance of the cross-cutting realities of the people. From which male trans people, ftm, trans men do not escape. And that on the contrary, a model that allows hegemonic models of gender and sexualities that keep us apart from many rights contributes even more.

What has generated this citizen discomfort?

We believe that the lack of representativeness, of feeling part of the model causes the generation of the discomfort. There is no confidence in current forms of leadership. A model that excludes and does not count on the participation of everyone, where decisions are sometimes made without the voices of those who demand actions. Every step since the demands have been manifested for 30 years has seemed insufficient, which has caused us to feel as people lack the minimum dignity of life.

What opportunities does this mobilization offer for trans people?

As trans people, male trans, trans men, ftm we do not escape any reality present in every demand. So, we believe that this can be an opportunity to unite and ally ourselves with the rest of society in our demands and the demands that our intersectionalities share with us. 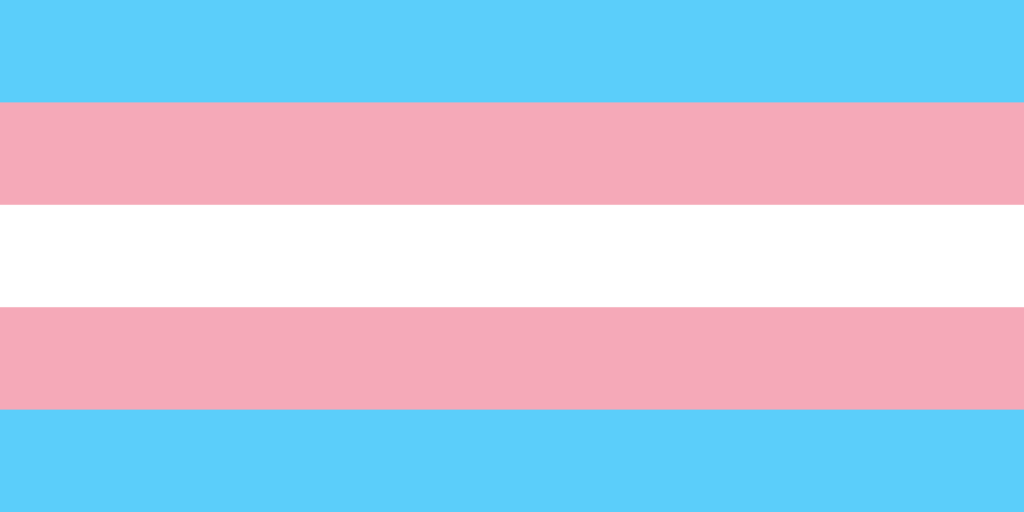 How is it possible to advance in greater social justice?

It is possible to move forward recognizing the existence of all the people who exist and cohabit in this territory. That the leaders in the decision-making of the political, social and economic elites recognize in the first instance that justice is necessary in every case, in every abuse. And that they must work on mechanisms so that all demands can be developed and heard without distinction.

We believe that, at this time, it is necessary to integrate ourselves more than ever to be part of the demands and calls from society. Where we can make our existence visible and generate containment and alliance for the achievement of our struggles. That ultimately, we can open the door to talk about our intersectionality in any space, looking for actions that, from the individual, generate repercussions for the great collective and the great social manifestation.

Are there priority demands for trans people?

New consitution is a legitimate demand that must be accepted. As trans people, trans men, ftm, male trans we understand that the current one does not protect or safeguard our identities against rights like the rest of the people. A constitution where we do not exist or protect us will continue to carry out systematic and historical exclusion, discrimination and abuse towards our community. A constitution that recognizes the dignity and right of trans people.

Right to gender identity; to all people without any distinction.

No more AFP (Chilean pension system), in addition to being a violent system that violates and unprotects. It is exclusive to our realities, not having access to jobs in the same way as the rest, not supporting income and accumulating seems to be far from our realities. In addition to the few male trans people that can access, we find ourselves with legal loopholes due to the lack of public policies, regarding retirement ages, funds, access. Everything ends up being exclusive.

Comprehensive Health, like many people within this system, we find ourselves precarious in access to health services. Starting with the lack of comprehensive policies that facilitate access and protect our identity. Our greatest demand is a humane treatment, health as an accessible right for all trans people without distinction. We demand and expect as male transgender people, transgender men, ftm universal access in abortion and assisted fertilization rights. And stop discrimination in sexual and reproductive health systems. And guarantee depathologizing and autonomous health access to any trans person.

Comprehensive Non-Sexist Education; from the preschool age. That allows eliminating stigma and promotes respect for trans identities through knowledge and recognition. As a form of teaching that protects all forms and expressions of gender and sex. Education as a tool for transformation.

Universal and equal marriage; with non-discriminatory access to adoption.

Lay State; clear and rigorous separation of political and state institutions for religious purposes of any kind. As a protection measure against conservative positions that can promote the violation of trans identities, within their doctrines.

Trans Labor Quota as an affirmative action measure that encourages regular hiring and the real opportunity of worthy and meaningful jobs for our personal development and contribution as citizens.

Is a constituent assembly needed to transform Chile?

Yes, we need a process that guarantees the participation of all people. We believe that the Constituent Assembly will facilitate and make feasible the participation of trans people, who can collect and make visible the demands of our community. We, the male trans people, believe that it is possible to exist within a new constitution if in this assembly we can have at least two trans people within our diversity, who can translate our existence into a new magna carta.

What kinds of actions can we people and organizations take to achieve these goals?

Do not stop or coerce the legitimate right to protest peacefully, constantly and vigilantly condemning any violation of fundamental human rights.

Acting with individual micro politics, taking our demands to more spaces, assuming our forms of alliance, work and commitment with each person who jointly strengthen the demands. Be a spokesperson, generate spaces of discussion, and build representativeness of trans people in general councils.

Strengthen the creation of councils, and an assembly space where the integration of all sectors is promoted and where male transgender people feel safe to express their ideas without fear of being repressed or invalidated in our authentic demands.

If we are going to change everything, it has to be for everyone

UP THOSE WHO FIGHT SINCE FOREVER!

TransFest 2020 organized by OTD Chile will take place at Parque Quinta Normal on March 21st
TransFest third version will be on March 21st of the current year from 11:00 to 20:00 hrs. at Parque Quinta Normal, along with the support of El Desconcierto, Map8 ONG and Chueca Bar.
Public letter to the states of Chile and Venezuela, Fernando Ojeda migrant trans activist
On June 9th, 2020 since the covid-19 pandemic started, I went to work and as everybody else I got checked because the region where I live was under quarantine. I was carrying my documents and safe-conduct so everything should be fine. It should have been as any other check. But because I was a trans person and migrant it wasn’t. My ID Card, safe-conduct, passport and legal documents DO NOT IDENTIFY ME.
OTD Chile continues working for trans community facing COVID-19
In the pandemic Covid-19, from OTD, Chile we decided to continue providing our services to the trans community in terms of psychologic attentions, accompainment between  peers, and the trans encounter group (Grupo de encuentro, GET) which are being carried out online. Also our Education, Legislation and Public Policies, Health, Communications, Mapadres and Investigation units are working remotely to keep supporting the trans community  and their families.
Connect with us