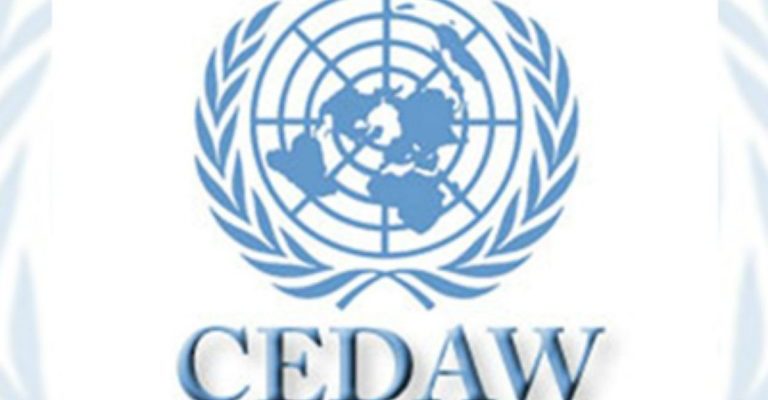 The Committee on the Elimination of Discrimination against Women (CEDAW) during the 69 session in which the progress of the Chilean government was reviewed in this matter and OTD Chile intervened by Dania Linker, who is social worker and the person in charge of the investigation unit, talked about her recommendations in which the country will be moving forward in the next two years.

Commissioners regretted that gender identity bill still pending, despite the fact it has already been processing for 5 years. They also showed that the law 20.609, better known as Zamudio Law, has a limited scope and does not have an effective and full implementation.

In the legal document makes clear that there is no an adequate legal protection for women which causes an increase in discrimination against transgender, intersex, bisexual and lesbian. For this reason, is called to create a specific complaint mechanism for these cases.

They also suggested giving training to the Judiciary and Senators in order to address the discrimination and rights violations suffered by lesbian, bisexual, transgender and intersex women.

In relation to intersex people they expressed concern because there are no clear laws that prohibit medical interventions to children. In addition, looked to provide access to justice for those who were subjected to these interventions, along with provide a compensation for the damage caused.

Commissioners of Cedaw also expressed concern about the gender-based violence that would have state agents against lesbian, bisexual and transgender people.

The government was given the task of giving not only a thorough definition of each and every discrimination concerning a woman, but also the establishment of a legal complaint mechanism for two years to come.

They also showed concern to the limited and occasional participation of social organizations in the design and observation of policies that promote equality, mostly in vulnerable women.

Finally, the government is suggested to expedite the bill about having the right for women to an aggression-free life that involves the intersectionality between violence and discrimination, primarily in migrating and native/indigenous women with some disability, lesbian, bisexual, transgender or intersexual.

Inter-American Court of Human Rights declares responsible to the Republic of Perú for Azul Rojas Marín Human Rights violation based on her sexual orientation and gender expression
The Inter-American Court of Human Rights declared internationally responsible to the Republic of Perú for personal freedom, personal integrity, private life,  to not being tortured, judicial warrantees, and judicial protection human rights violation of Azul Rojas Marín, in relation to the obligation of respect and guarantee said rights without discrimination, and adopting legal measures disposition.
The LGBTTTI Coalition urge the Secretary General of the OAS Luis Almagro, to carry out his compromises in relation to human rights during his second mandate
As Luis Almagro was reelected as Secretary General of the Organization of American States (OAS), at the Special Session of the March 20th, 2020 General Assembly, the Lesbians, Gays, Bisexuals, Trans, Transsexuals, Cros-dressed, and Intersex Coalition (LGBTTTI) of Latin America and The Caribbean that work within the OAS framework, urged him to reaffirm his compromise with human rights of all people without discrimination, based on their sexual orientation, gender identity, gender expression, and sexual characteristics as well as sexual workers human rights, sexual rights, and reproductive rights.
Letter on human rights violations in Chile
We hereby express the conformation of the Coordinator for Sexual and Gender Dissidence, constituted on October 23 of this year due to the national contingency. We are a Coordinator that, nationally brings together as many organizations, institutions and self-convened individuals belonging to the LGBTIQA+ community and related dissidents, To date, we have developed three open assemblies, in which we have gathered more than 200 people, who have historically struggled for the respect and vindication of the human rights.
Connect with us