Although some people believe that sexual and gender diversities are a recent phenomenon, a brief investigation leads them to realize that they have been present in different cultures of the world throughout history. Immediately then we tend to project our current categories – trans, non-binarie, transvestite, lesbian, gay, etc. – to the past, thus imposing our labels on experiences of other cultures and other times (for example, calling the Greeks gay, or trans a transvestite shamans). This is a mistake, since these diversities exist (or existed) in cultural contexts other than ours, which makes them unique and different experiences to the categories we use today in the West. Thus, by respecting these identities we find a world that is much richer and more diverse than we think, a world where the norms of the modern western sex-gender binary are far from being the rule.

Albanian sworn virgins are women who cast a vow of chastity and wear men’s clothing to live as men in the patriarchal society of northern Albania. A woman becomes a sworn virgin by taking an irrevocable vow of celibacy (with men and women), in front of twelve village or tribal elders. He is then allowed to live as a man and can wear men’s clothing, wear a male name, carry a gun, smoke, drink alcohol, do male work, act as the head of a family (for example, live with a sister or mother) , play music and sing, and sit and talk socially with men. A woman can become a sworn virgin at any age, either to satisfy her parents or herself. It is estimated that there are less than 102 sworn virgins in the world. 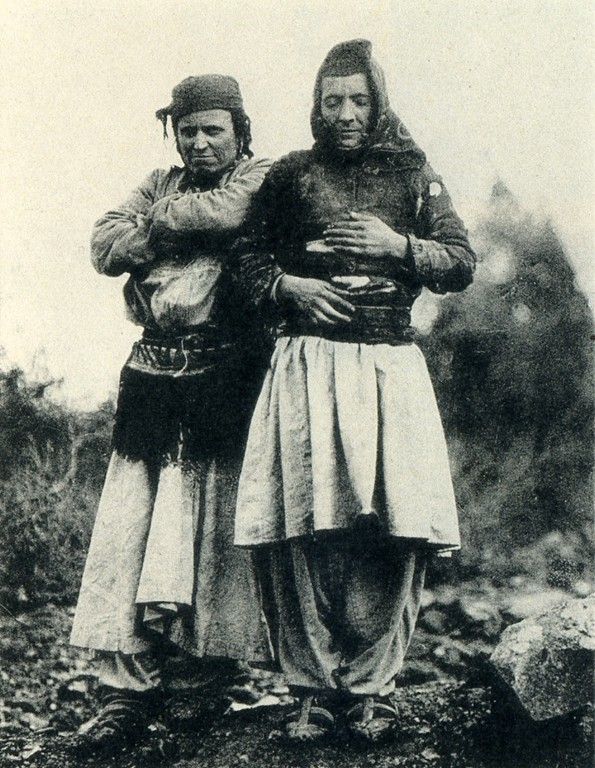 A Sworn Virgin in Mirdita with her friend (Photo: Carleton Coon 1929).

Le Bissu is a priest who does not have a gender group in the traditional Tolotang beliefs of the Amparita Sidrap community in the Bugis community of South Sulawesi, Indonesia. Les Bissu assume male and female gender roles. They are seen as half human and half god, and act as a link between the two worlds. According to scholars, a Bissu cannot be considered a transvestite or transgender, since they do not wear clothes from a gender group, but are specific and separate suits for their class. According to the traditional beliefs of the Bugis, there are not only two sexes, but four (or five if the Bissu group is also counted), namely: “Oroane” (man); “Makunrai” (woman); “Calalai” (women who look like men); “Calabai” (men who look like women); and the Bissu group, where traditional believers regard les Bissu as a combination of all these sexes. For one to be considered bissu, all aspects of gender must be combined to form a whole. It is believed that he is born with the propensity to become a Bissu, which can be revealed in a baby whose genitals are ambiguous. These do not need to be visible; A normative male who becomes a bissu is believed to be a woman inside. This combination of sexes allows a “meta-gender” identity to emerge. The Bugis society has the cultural belief that the five genders must coexist harmoniously. 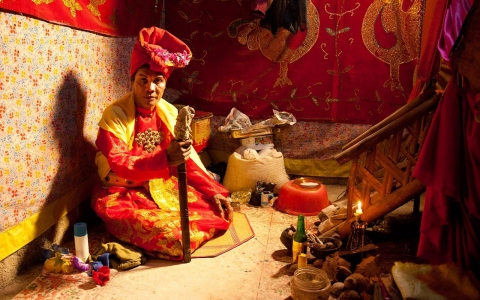 Daughters are officially recognized as a third gender in the countries of the Indian subcontinent, since they are neither considered completely male nor female. The Hijras have a history recorded in the Indian subcontinent from ancient times onwards as the Kama Sutra period suggests. Many daughters live in well-defined and organized communities of daughters, led by une guru. These communities have been constituted for generations by those who live in extreme poverty, reject for, or flee, from their family of origin. Many work as sex workers to survive. In general, daughters are born male, and only a few have been born with intersex variations. Some daughters undergo a rite of initiation in the hijra community called nirwaan, which refers to the removal of the penis, scrotum and testicles.

Portrait of a reputation Hijra and companions, East Bengal, 1860.

In the Zapotec cultures of Oaxaca (southern Mexico), a muxe is a person who is assigned a male at birth, but who can dress or behave in ways that are otherwise associated with the opposite sex; They can be seen as a third genre. Some marry women and have children, while others choose men as sexual or romantic partners. Many people traditionally see their gender as something that God has given them (whether man, woman or muxe) so that transphobia is more rare and muxes are generally recognized and accepted for their expression, which means that there is less pressure for “happen”. However, this is changing, as Western influences, the concepts of homo / transphobia and LGBT are strengthened in the region. The word muxe is thought to derive from the Spanish word “woman,” woman.

Hosteen Klah (1867– February 27, 1937) was a diné (Navajo) artist and healer. Document aspects of the Diné religion and related ceremonial practices. He was also a master weaver. Klah is commonly considered as intersexual. Klah was important for the development of the Diné fabric. Among diné, weavers are usually women and singers (hataałii) are usually men. Hosteen Klah was both a weaver and a singer. This was possible due to their particular gender status. Klah was a Nádleehi (meaning “one that transforms” or “one that changes”). A nádleeh could be born male, female or intersexual. Nádleehi, in the Diné culture, sometimes refers to an individual who is an “effeminate man” or “male body person with a feminine nature.” However, the Nádleehi identity is also fluid and cannot be described in terms of the traditional binary rigid.

Hastiin Klah at the Century of Progress International Exhibition, Chicago, 1934; courtesy of the Wheelwright Museum of the American Indian.

Les Māhū (‘in the middle’) in the Kanaka Maoli (Hawaiian) and Maohi (Tahiti) cultures are people of a “third gender” with traditional spiritual and social roles within the culture, similar to the fakaleiti of Tonga and les fa ‘Afafine of Samoa. In the pre-colonial history of Hawai’i, Les Māhū were notable priests and healers, although much of this history was eliminated through the intervention of the missionaries. According to māhū kumu hula Kaua’i Iki: les māhū were particularly respected as masters, usually of hula dance and singing. In times prior to European contact, le māhū played the roles of goddesses in the hula dances that took place in temples that were beyond the reach of women. Les māhū were also valued as guardians of cultural traditions, such as the transmission of genealogies. Traditionally parents asked une māhū to name their children. When the painter Paul Gauguin first arrived in Tahiti, he was thought to be une māhū, due to his extravagant way of dressing for the time. His 1893 painting Pope Moe depicts une māhū drinking from a small waterfall.